MaryAnn Sung is a counsel in the Government Enforcement and White Collar Crime group at Skadden, Arps, Slate, Meagher & Flom LLP; she previously practiced at a litigation boutique focused on regulatory and criminal defense and complex commercial disputes.  A graduate of NYU law school, MaryAnn was part of the 2001-2002 Immigrant Rights Clinic and has been a strong supporter of IDP’s work ever since. 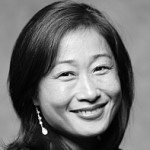 A former staff attorney and project director at IDP and a past Advisory Council member of the Defending Immigrants Partnership, advisory board member Marianne is a co-director of the Immigrant Justice Project at the Center for Appellate Litigation. Born in Panama to Korean parents, Marianne immigrated to the United States at age four and grew up in the Bronx. She received her AB magna cum laude in American History and Literature from Harvard College and her JD from New York University School of Law, where she served on its Law Review as Articles Editor. Prior to joining CAL, Marianne was the Director of the Immigration Practice at the Brooklyn Defender Services and taught U.S. law in Mexico City and consulted for foundations and community-based organizations that advance immigrant rights. 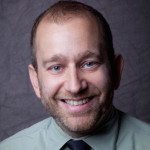 Peter Markowitz is the founder and director of the Kathryn O. Greenberg Immigration Justice Clinic and Clinical Associate Professor of Law at the Benjamin N. Cardozo School of Law. His clinic represents individuals facing deportation and community based organizations seeking systemic reform related to immigration enforcement issues. He has published widely on immigration enforcement issues and on the intersection of criminal and immigration law. As a Soros Justice Fellow and staff attorney at the Bronx Defenders from 2002 to 2005, he developed the nation’s first in-house full-service immigration project housed in a public defender office. From 2005 to 2007, he was acting assistant professor at the New York University School of Law, where he also served as supervising attorney for the Immigrant Rights Clinic. After his time at NYU he founded and directed the Immigrant Defense Clinic at the Hofstra School of Law. 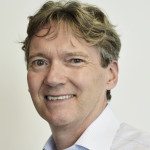 Before joining ideas42, a nonprofit behavioral design lab based in New York City, Andy Plews spent 12 years based in Toronto leading Corporate Communications, Government Relations and Community Affairs for BMO Financial Group, a top-ten North American financial services company. He joined BMO from United Airlines in Chicago where, as Director of Media Relations, he was responsible for managing the airline’s media strategy in North America and 26 countries around the world, and served as a member of its executive crisis management team on 9/11. He began his career as a news reporter working for various publications in and around London. He has a B.A. in Modern History from St John’s College, Oxford.

Marisol Arriaga represents immigrant survivors of domestic violence in the Bronx neighborhood office of the Legal Aid Society’s Civil Practice. She holds a J.D. with a concentration in Critical Race Studies from the UCLA School of Law and a B.A. in Fine Arts and History from Amherst College. Marisol has also worked as the Director of Community Education at the Latino Commission on AIDS and at the Center for Immigrants’ Rights in New York City. She currently is a leader in IDP’s antiviolence organizing work.