Millions of immigrants call the United States home. Many are here legally, some live in the shadows; others have been deported or kept from joining their families in the United States, or else live in fear of being separated from their loved ones, as these immigrant stories illustrate.

Many immigrants have lived here for decades; they have families with U.S. citizens; they own businesses; they go to college; they have jobs and pay taxes. And every day, many of these individuals battle extremely harsh laws that can result in permanent exile and separation from their families. 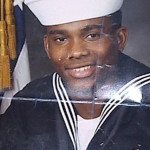 Howard Dean Bailey served in the United States Navy during the first Gulf War. He ran his own business. He was a husband and a proud father. But at age 41, he was deported to Jamaica — a country he had never visited since leaving as a boy of 17 — based on an old marijuana conviction. The strain of separation caused his marriage to fall apart, and his children started doing badly at school. Howard struggles to understand how this could have happened to him. “I made a mistake, but that was 19 years ago and I never made another.” Read More. 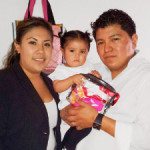 Ivon Matamoros came to the United States as a child. As an unauthorized immigrant, she would be eligible to temporarily remain in the country under the Deferred Action for Childhood Arrivals (DACA) program. But because she has a felony conviction under Arizona law for using false documents (in order to work), Ivon is ineligible for DACA and legalization. She now faces deportation and permanent separation from her husband and young daughter, a US citizen. Read More 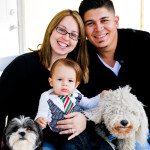 Hugo Carrascos’ parents brought him to the US at age ten, seeking education and opportunity for their son. Hugo didn’t even know about his unauthorized immigrant status until high school, when he tried to get a driver’s license. He married a US citizen and took a job as a server in a restaurant, mentoring at-risk youth in his spare time. But he was arrested during a workplace raid and now faces deportation. Read More 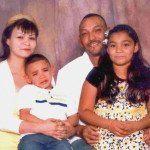 Oscar Gutierrez, who came to the US as a young teenager, is in deportation proceedings based on three DUIs and a conviction for driving without a license, all related to his struggles with alcoholism. Now sober, he’s the primary breadwinner and caretaker for his sick wife and two children, all US citizens. But because deportation is mandatory for his offenses, none of that counts in the eyes of the law, and he faces permanent separation from his wife and children.  Read More 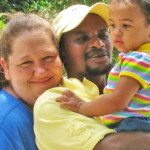 Dana Forrester met her future husband, Astley, while on vacation in Jamaica. When they applied for visa for Astley to come to the U.S., immigration, they discovered that he was permanently barred from entering the United States. The reason? As an adolescent in Jamaica, he had picked up two minor convictions for possession of marijuana. Dana has been left to raise their children in the US, without her husband by her side.  Read More 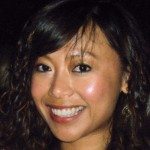 Lundy Khoy was born in a Thai refugee camp after her parents fled the genocide in Cambodia. At one year old, she and her family came to the U.S. as refugees and were granted legal permanent residence. While attending college in the US, Lundy was convicted on a low-level drug possession charge. After serving three months in jail, Lundy moved back in with her parents, got a job, and enrolled in community college. But because of that old drug conviction, she faces deportation from the US, the only home she has ever known. Read More